I have just released new program major release. ShixxNOTE 6.net (Released December 2006) Build 125. This new version is now available on program homepage site under Download section.
Luigi Auremma discoverer of security bug was informed and he changed his ShixxNOTE program change log file with new update that bug is fixed and that new release is now available on his site. Check now ShixxNOTE program info on his official security site.


Also I have to inform you that ShixxNOTE 6.net is ready for Windows Vista, check program homepage under section What's New or Awards to see more.
Ozren Sirola
http://www.shixxnote.com
at January 11, 2007 No comments:

Support development of the ShixxNOTE program with buying me a Coffee. Because this is the month of giving . Whoever buys me three coffees... 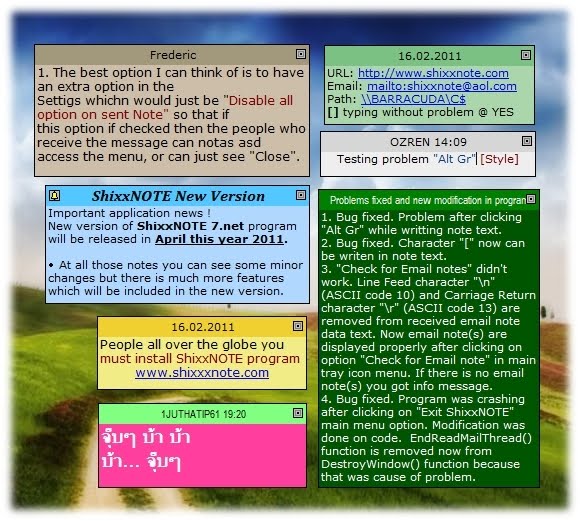